The “FREEDOM” project was developed and conducted in the Kuyavian-Pomeranian Voivodeship by the Toruń artistic group, the Rusz Gallery, composed of Joanna Górska and Rafał Góralski. The artists carried out the project on the occasion of the 25th anniversary of the fall of communism in Poland. An incentive was a reflection on the definition of freedom. Paradoxically, freedom is most easily defined when one tastes its lack – during communist times, everyone knew instinctively what it meant. We regained freedom nearly a quarter of a century ago and now we have a problem to define this word and notice how the concept of freedom is reflected in our life, here and now. The “F like Freedom” action and the “More or Less Freedom?” debate were an opportunity to think of how freedom is understood now and how it is realised when it is an obvious and ubiquitous state.

The project was realised from June to November 2014 and divided into two parts – artistic actions and open debates. The “F like Freedom” action began on 4 June. It consisted in presenting large, colourful letters that created a word FREEDOM in the biggest cities of the Kuyavian-Pomeranian Voivodeship: Bydgoszcz, Toruń, Włocławek, Grudziądz and Inowrocław. The artists invited well-known personalities, veterans, 25-year-olds (people born in already free Poland) and all other inhabitants of the region. The participants’ task was to write on the exhibited letters what freedom meant to them. The problem was that they had to express it using just one word. The letters were also signed by the President of the Republic of Poland Bronisław Komorowski, the Marshal of our Voivodeship Piotr Całbecki and the President of Toruń Michał Zaleski. As a result, the entire word FREEDOM was covered with personal reflections on freedom of the inhabitants of the Kuyavian-Pomeranian Voivodeship. They created a picture of our, Poles’, understanding of freedom today – 25 years after the fall of communism. A total of nearly 400 people took part in the “F like Freedom” action. The answers were very diversified and extremely interesting. It turned out that the word ‘freedom’ could be interpreted in many different ways. And so, the participants associated freedom with respect, responsibility, honesty, forgiveness as well as with birds, space, a walk, music and dance. For some people, freedom is democracy, freedom of choice, freedom of speech, thought and the media. Tolerance, acceptance, independence and awareness were also included. For many people, freedom also means possibilities, imagination, rebellion and a new beginning.

The other part of the project was a series of the “More or Less Freedom?” debates held in October in Toruń. The meetings were devoted to themes that reflect a fundamental dilemma of our times: more or less freedom? The first guest was Anna Golan (a sexologist, psychologist and therapist). We talked about how to be free in a cohabiting relationship and at the same time have satisfying relations. We were discussing on the crisis of marriage and mutual expectations women and men have of one another. We invited Wojciech Orliński (a journalist, writer, reporter, author of the book “Internet. Czas się bać – “The Internet. It’s Time to Fear”) to the second meeting. We broached the subject of the mythical freedom in the Internet and wondered who ruled the Net and whether we should accept the loss of our privacy. During the third debate, dr. Dominik Antonowicz (a sociologist from the Institute of Sociology at the Nicolaus Copernicus University in Toruń) concentrated on the issue of consumerism and its captivating power. Together with the audience, he was considering the problem of freedom in the world of consumerism and possible alternatives for this ideology. The last guest was Zenon Waldemar Dudek (a psychiatrist, psychotherapist, explorer of myths, literature and cultural phenomena) who made us aware what myths a contemporary person lived by. He showed a thread connecting tradition with modernity and indicated that we did not live in a void, but kept on using the base created by the Greek culture. The audience participating in the meetings took an active part in the discussion and shared their personal conclusions with the guests. The debates accompanied the 7th International Art Moves Festival. 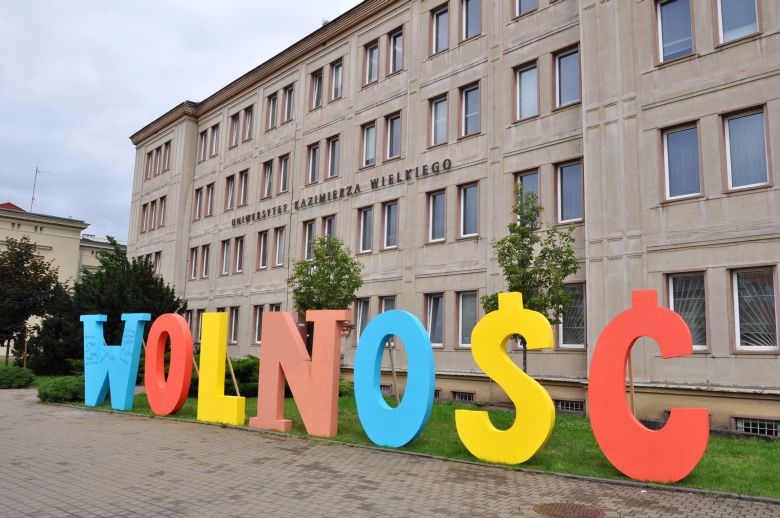 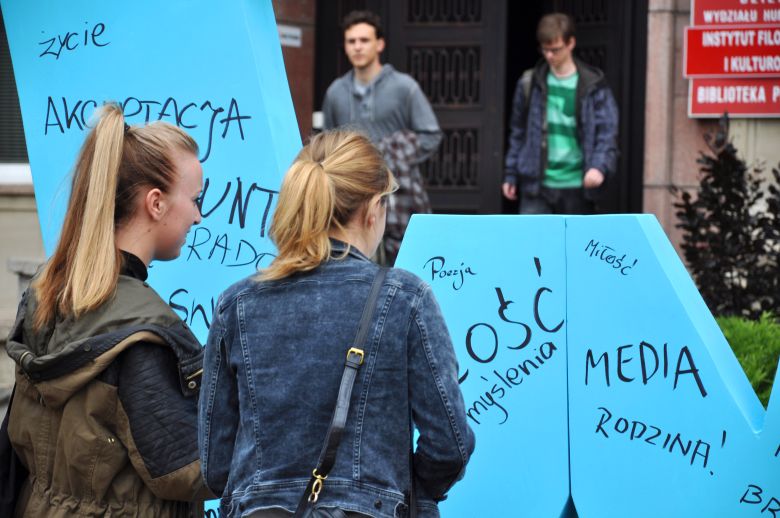 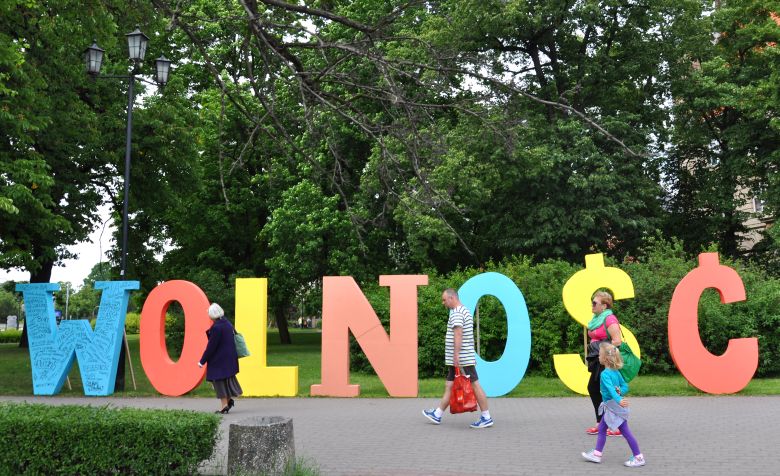 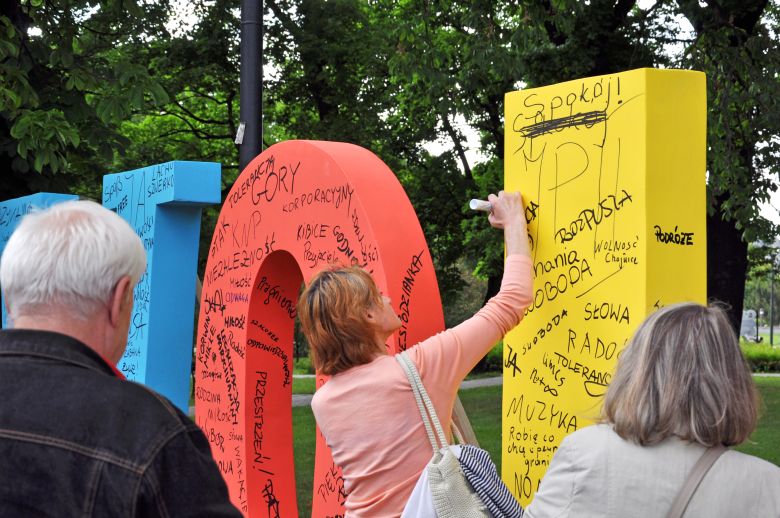 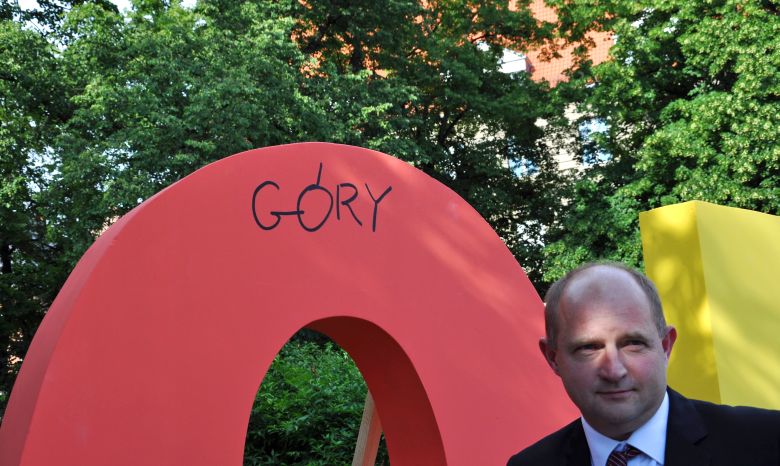 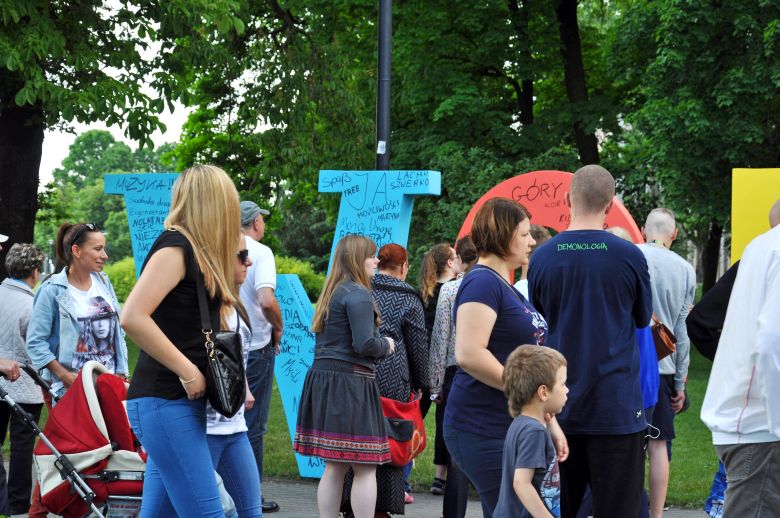 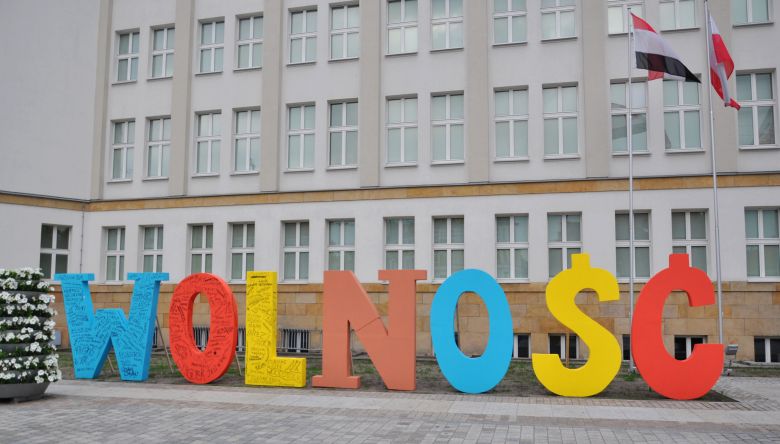 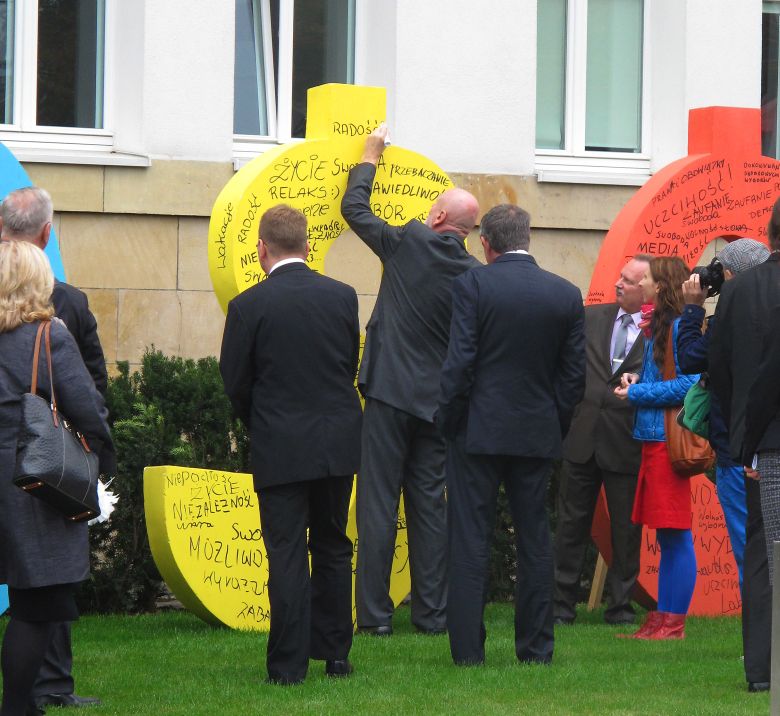 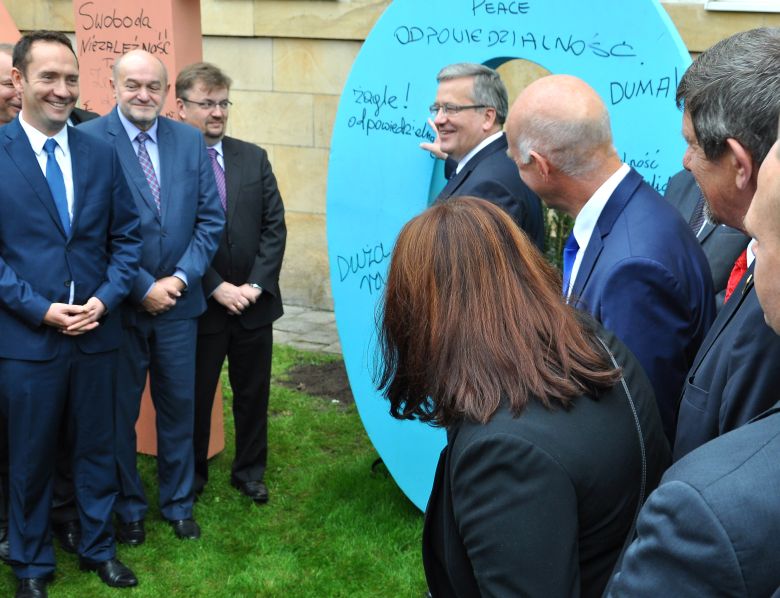 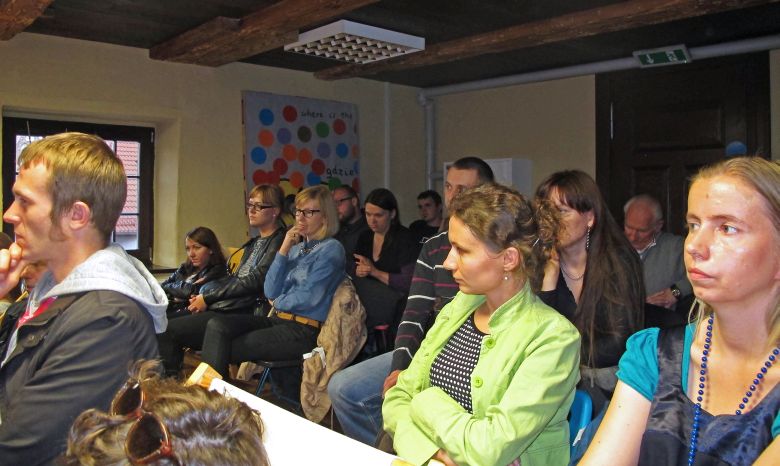 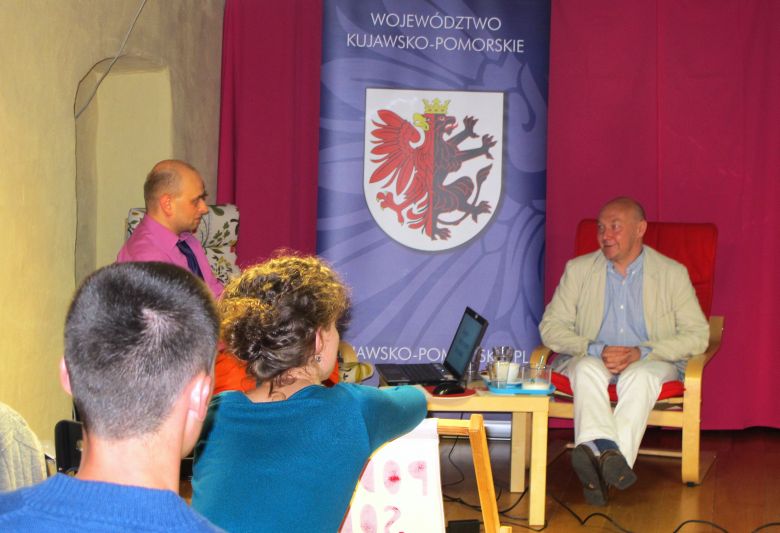 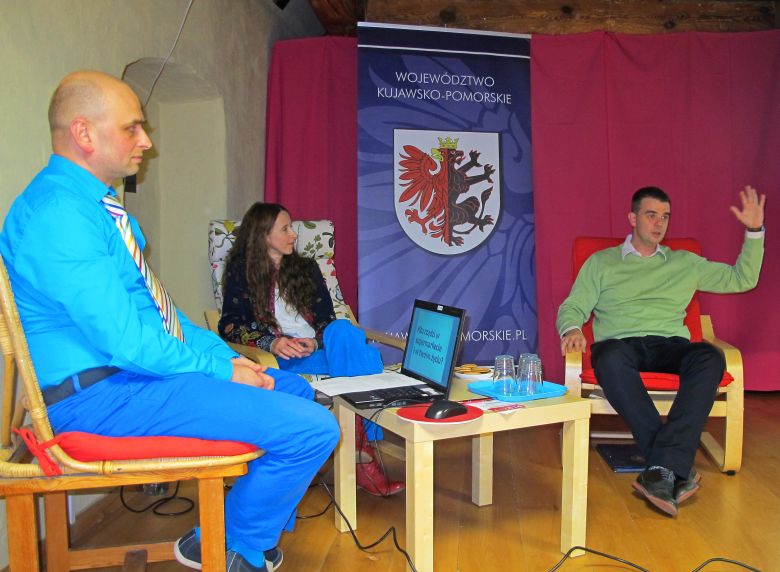 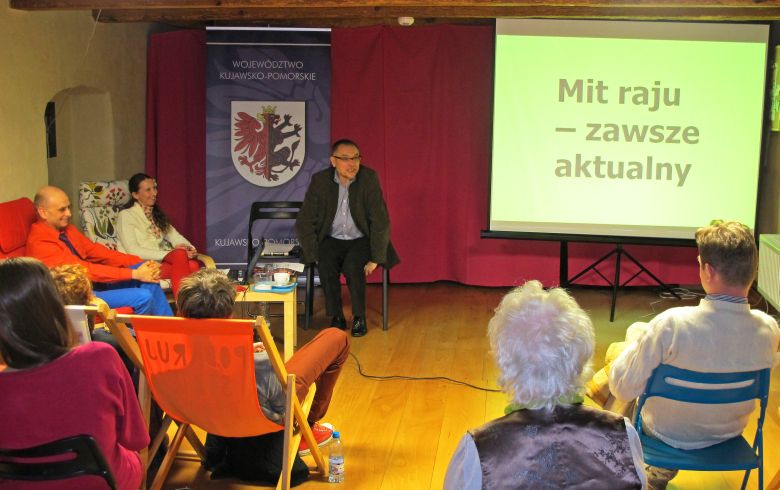