As part of the Art Moves Workshop, workshops for middle school teenagers and the performance entitled „HERO” were held. Students from the Siberian Exiles Middle School No. 6 in Toruń took part in the workshops organised by the Rusz Gallery. The teenagers watched the festival exhibition together with the artists. Then, during the workshops, they prepared their own answers to the question “What character traits does a your hero have?” and wrote them on an artificial human form placed on Pl. Rapackiego (Rapacki Square), near the billboards. Junior high school students were named: honest, caring, sturdy, genuine, loyal, kind, friendly.
The performance started on the opening day of the Art Moves Festival. Everybody could write their answers to the question “What character traits does a your hero have?” on an artificial human form located on Pl. Rapackiego (Rapacki Square). The inhabitants of Toruń took an active part in the event and created a set of qualities a hero has – according to them, a hero is, among others: truthful, wise, understanding, modest, sensible, empathic, and kind. He can also overcome his fear. Both teenagers and adults created a portrait of a hero – a person any of us can be provided we work on ourselves and do not become discouraged easily. 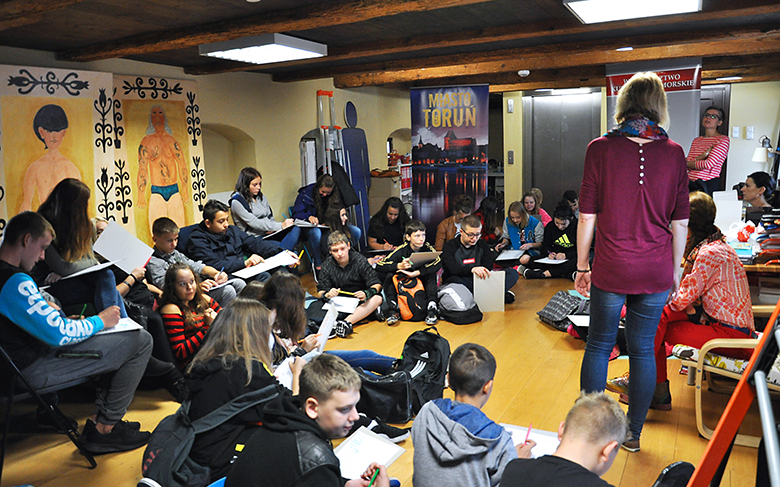 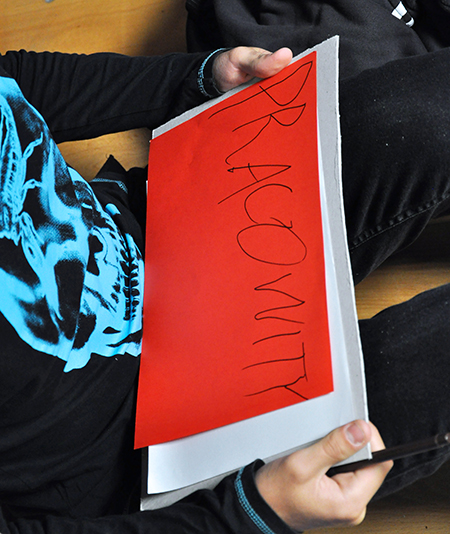 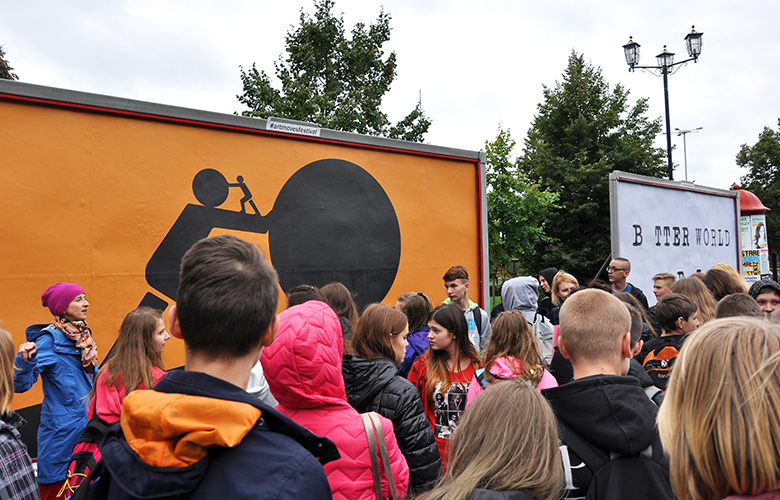 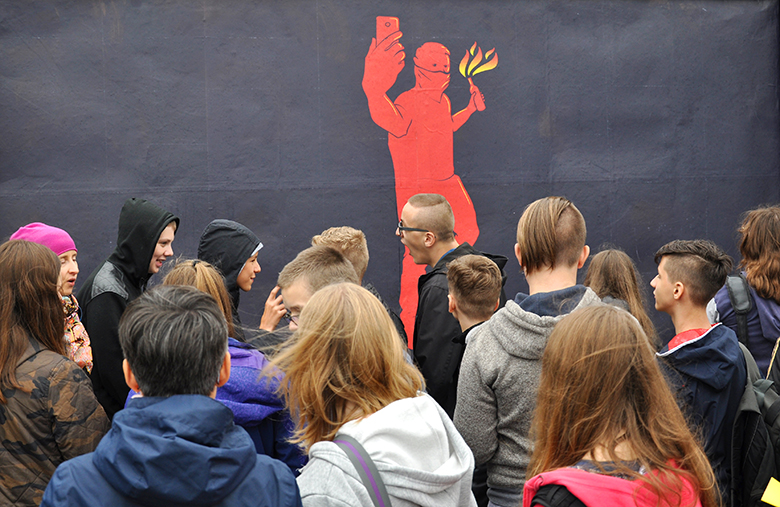 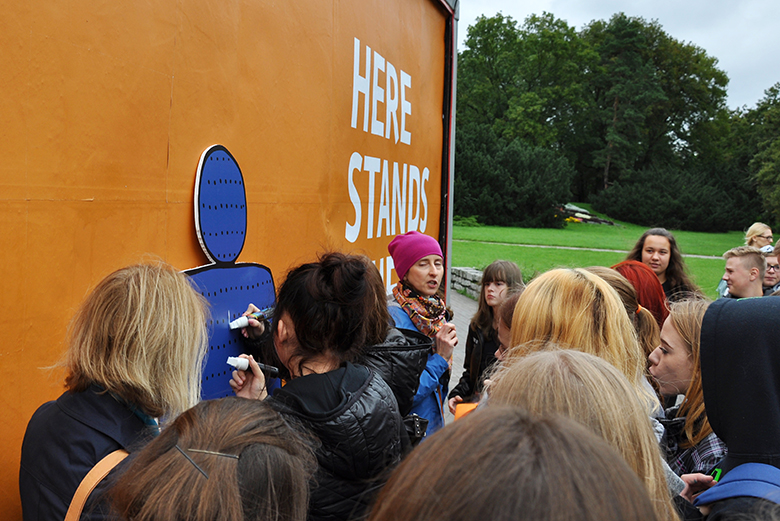 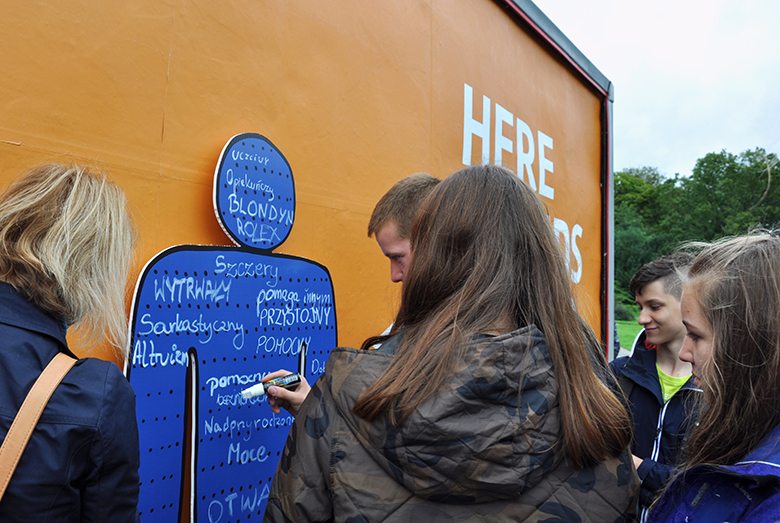 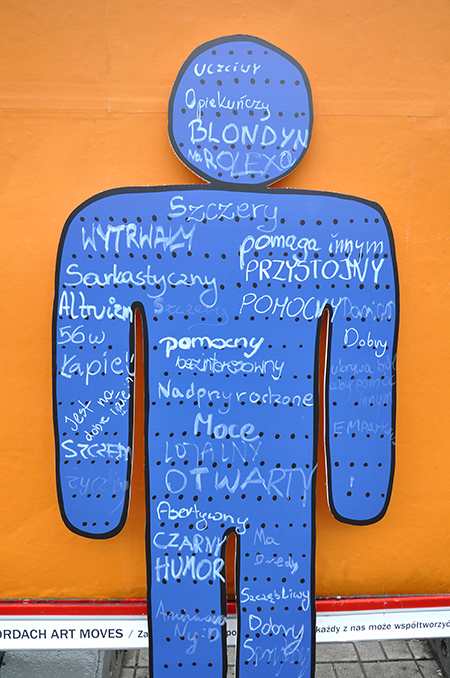 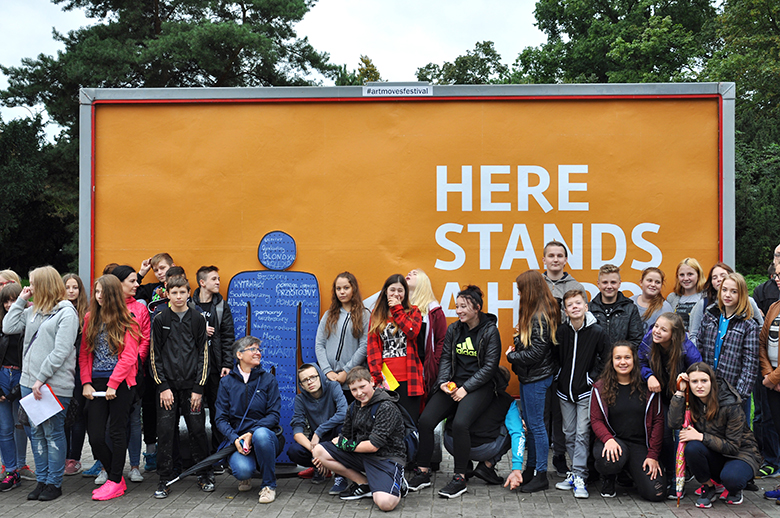