This year the festival was organised in Toruń for the fourteenth time. Unfortunately, in a truncated and crisis form due to the epidemic and the resulting economic crisis that has hit hard culture and art. Despite this, we did not give up, and we had prepared a huge (though smaller than in recent years) chunk of visual reflections created by artists from all over the world. They concern a very important issue: “Getting infected with untruth. How can we find our path in a world full of contradictions, chaos and uncertainty?”.

This festival was special for many reasons. We were still been living with the pandemic and fear combined with hope that this will finally be over. This crisis has hit particularly hard art and independent culture, including our festival. Difficult as it was, we did not give up! Last year, the festival was devoted to the expanding pandemic. This year, we had touched an equally hot topic resulting directly from the previous one – the new “epidemic”, i.e. the global infection with untruth.

This edition was a kind of a hot report from the battlefield, a fresh message and personal reflections “displayed on billboards” by artists from all over the world. It is a palette of different perspectives on how we cope, or do not cope with this new challenge facing humanity today – the phenomenon of doubting the concept of truth and a widespread belief in a lie; that everyone has the right for their personal truth and opinion, and it is nobody’s business; that truth is subjective, rather than objective. A large section of the society worldwide believed in the old saying that “Every stupid person has their own truth”. This statement underwent a small correction and the word “stupid” was removed. And we do need something that unites us and goes beyond subjectivity. We need a universal language. One interesting conclusion drawn from these 14 years of organising the festival is the fact that art is a universal language, which means that artists are able to find a common language despite their national, cultural and individual differences. Artists are able to communicate beyond borders, and they put a lot of effort into searching for universal areas and themes for communication, which is why since the beginning of our festival we have received 13,300 works of 7,400 artists from 112 countries. We could joke that during our festival the entire world communicates, dialogues visually, and tries to find answers to important contemporary issues.

We urgently need consensus in the global context, which has been powerfully demonstrated over the past months of the pandemic. Without global communication beyond borders and our differences, we will not be able to deal with upcoming crises and issues (e.g. the climate crisis). We need to change our point of view in order to notice what unites us rather than what divides us. For this reason, it is of utmost importance that we stick to the concept of objective TRUTH and support it. Otherwise, the world will change into the global Tower of Babel, i.e. the omnipresent mixing the languages, a lack of understanding, and chaos.

The artworks were exhibited in the city space of Toruń on billboards, citylights and LED displays. The model of presenting art in the city space works especially well in times of the crisis related to the epidemic as it allows recipients to safely participate in culture, without risking their health. For one month the city space will turn into a unique art gallery with valuable works, free of charge and available 24h/7. In this way, the works make a noise in the world and reach a wide audience, even those recipients who do not visit traditional art galleries and museums.

As always, the festival consists of a competition phase and then a presentation of the artists invited by the organisers. The best works were presented on billboards. Leitmotifs of our festivals always correspond with social processes and phenomena that shape the contemporary world. They stem from a deep sociological, psychological and philosophical reflection, and express our care of the shape of reality we are living in. International artists are largely interested in the competition and festival, which indicates the mesmerising potential of the idea of this event, and of public space that serves for deep reflections and social communication. 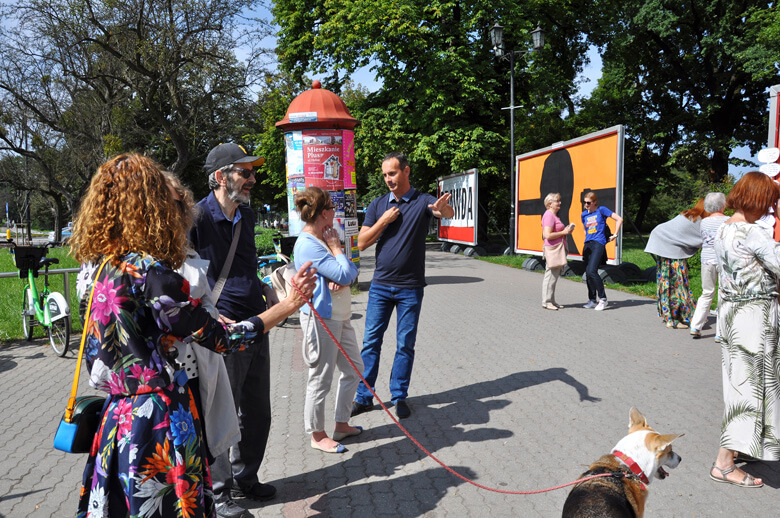 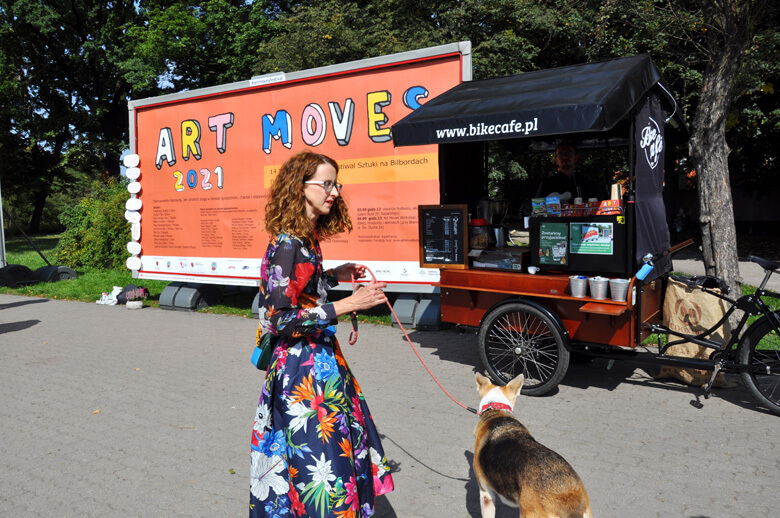 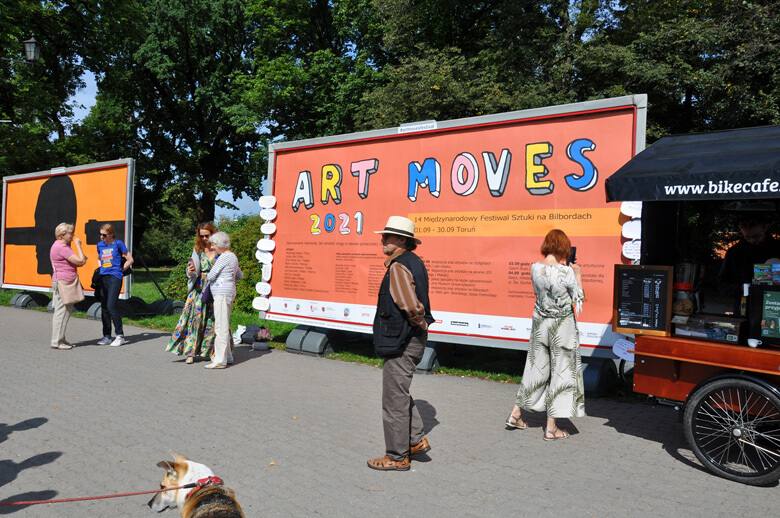 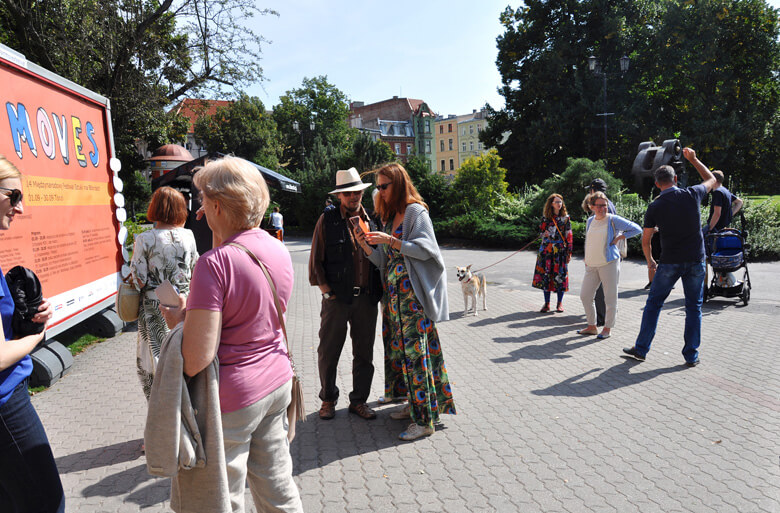 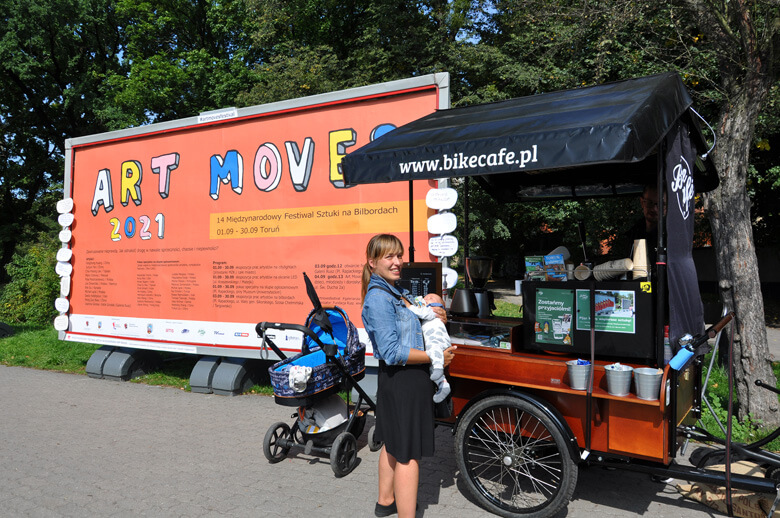 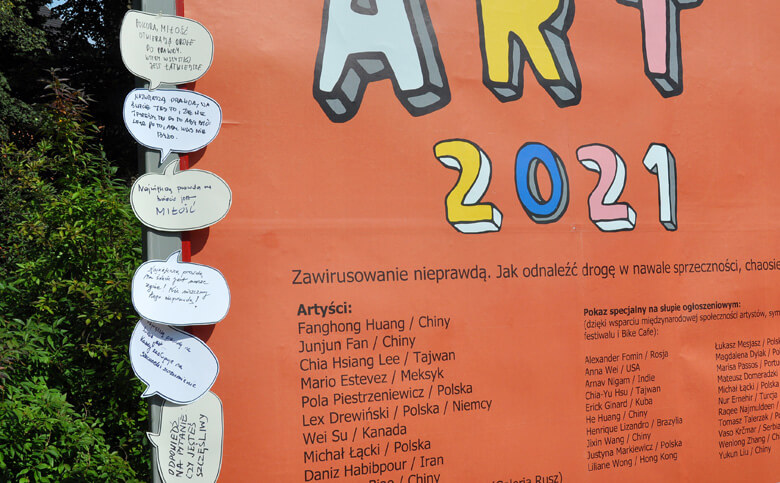 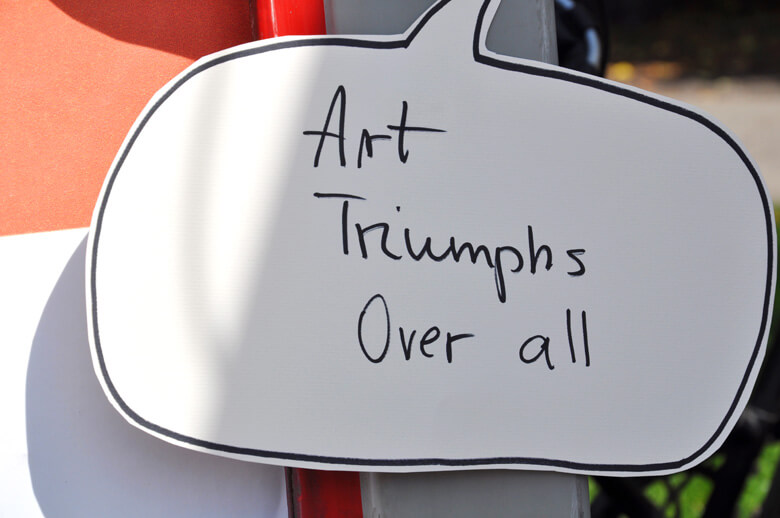 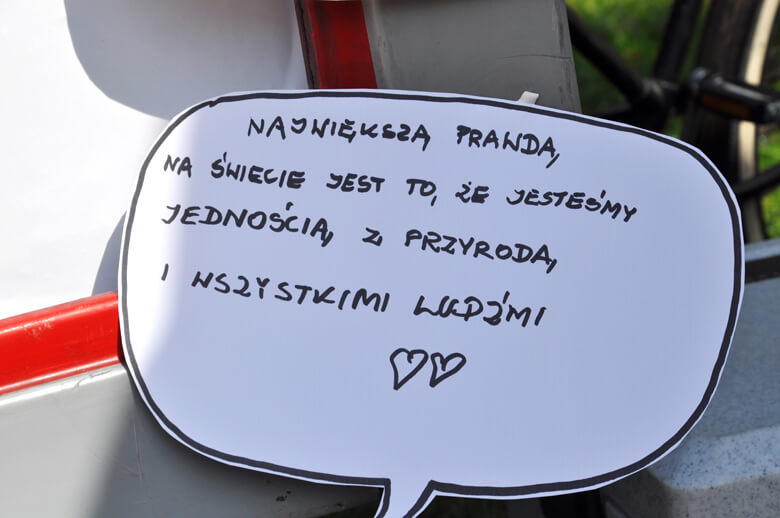 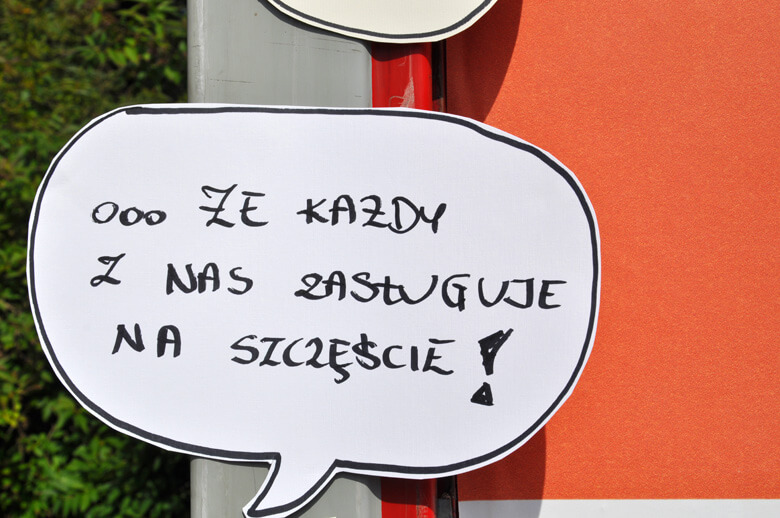 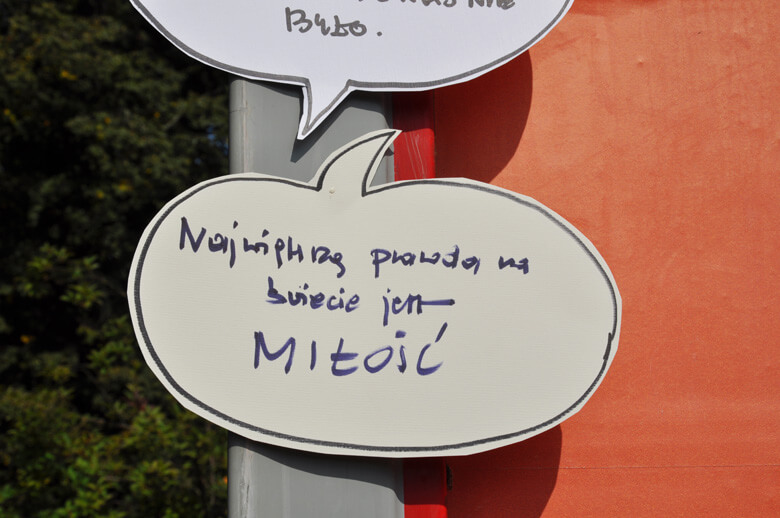 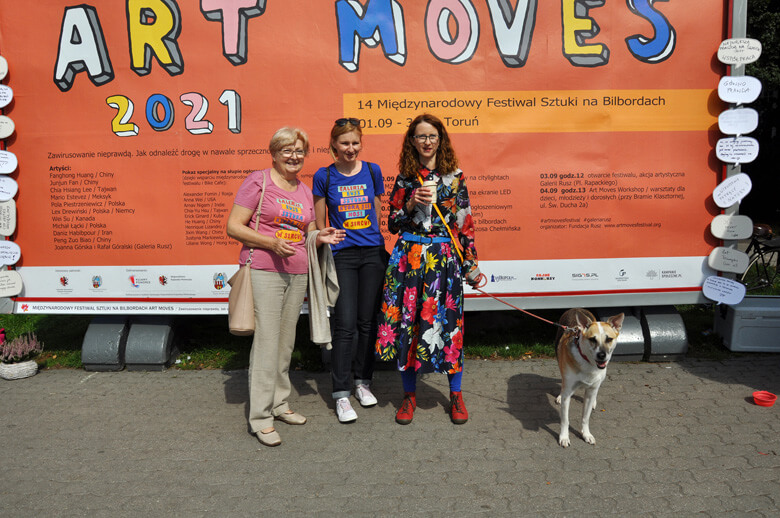 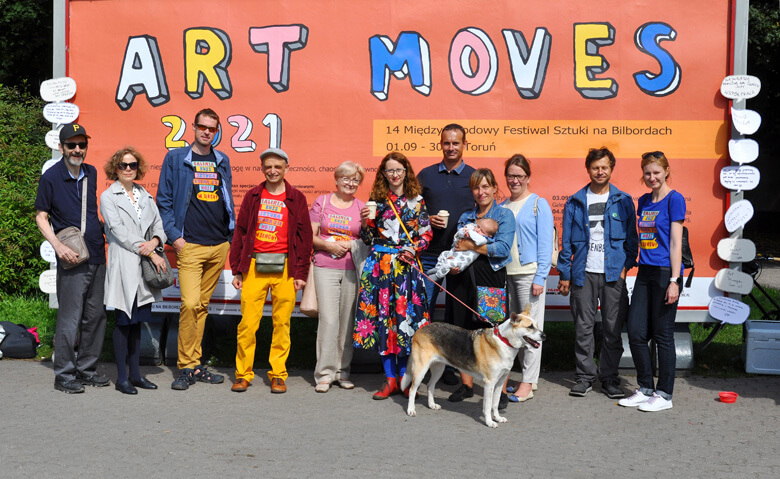