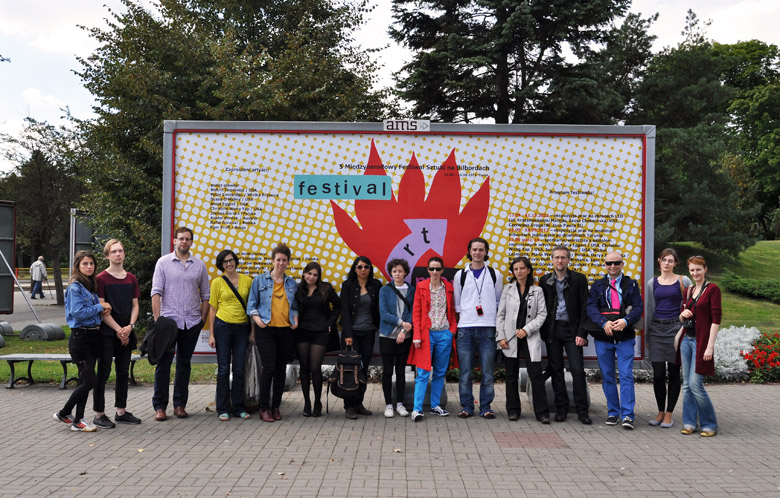 For five years now we have been presenting the most moving art works of the outstanding artists from all over the world in the public space. We use billboard – the symbol of the modern age of consumption – and change it into a symbol of consideration, reflection and a deep insight into ourselves and the surrounding reality. We want to reach out to ordinary people, those who do not usually attend art galleries and museums. We are driven by the belief that art can be very important to contemporary people, being a perfect resonator able to induce vibrations in the minds of the viewers, freeing people from their everyday routine and offering new perspectives on reality.

Art Moves is the only festival of art on billboard in the world. The festival’s programme features both the works of renowned artists and of young authors, who sent their works in for the billboard art competition. In this edition of the festival, we exhibited works of 20 artists from 9 countries. The works presented in the urban space during the festival were divided into two categories – the main exhibition and the competition exhibition 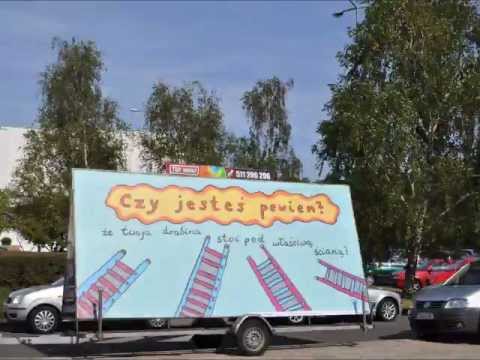 The official opening ceremony of the festival took place on September 14, at 7 p.m. in Brama Klasztorna. The event was accompanied by the concert of the Twilite. From September 14 till October 16, 20 art works were exhibited on specially installed  billboards on Rapacki Square, as well as on mobil billboards and LED displays. On September 13, we hold a meeting at 7 p.m. in Brama Klasztorna with the artists invited: Alicia Eggert / US, Christine Wong Yap / US, Susan O’Malley / US, Michał Leśniczak, Maria Wawrzyniak / Poland, Darya Zaichanka / Belarus, Kevin Duff / Great Britain, Egor Kraft / Russia, Roy Meuwissen / Canada, Joanna Górska i Rafał Góralski / Poland.

The festival has been co-funded by the Minister of Culture and National Heritage, the Local Authorities of Kujawsko-Pomorskie Region and Toruń Municipality. 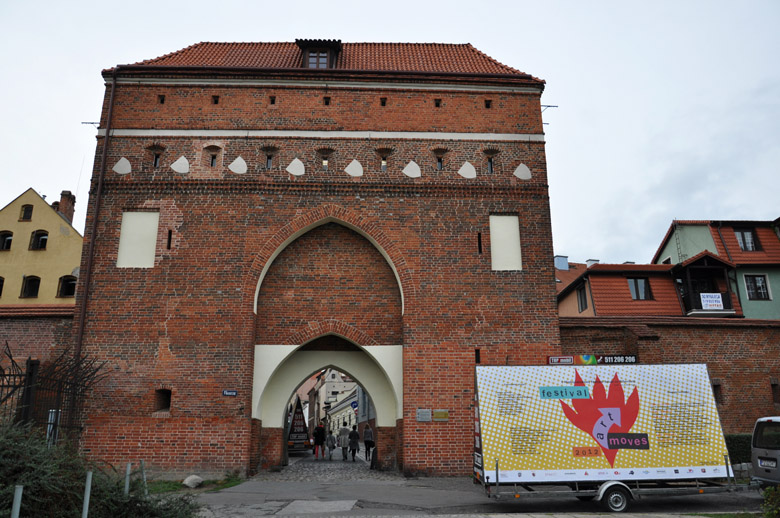 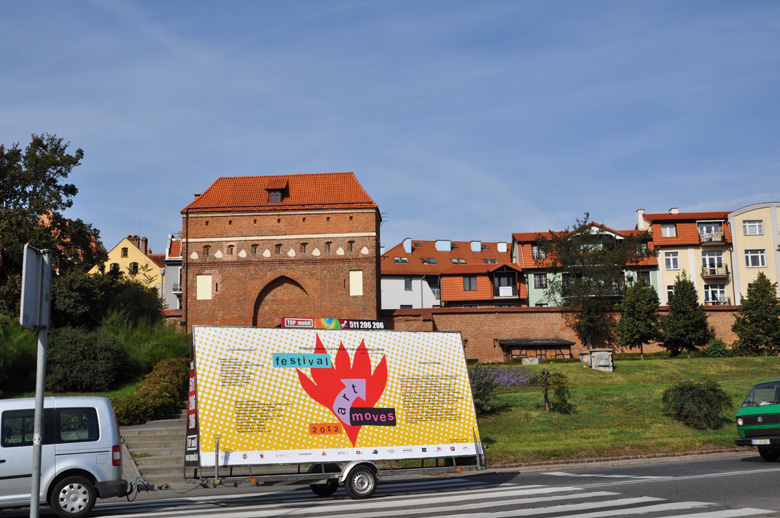 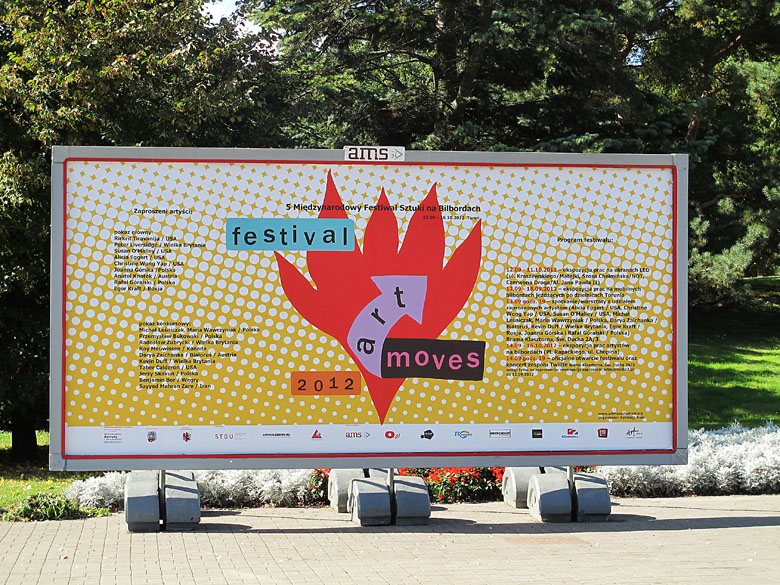 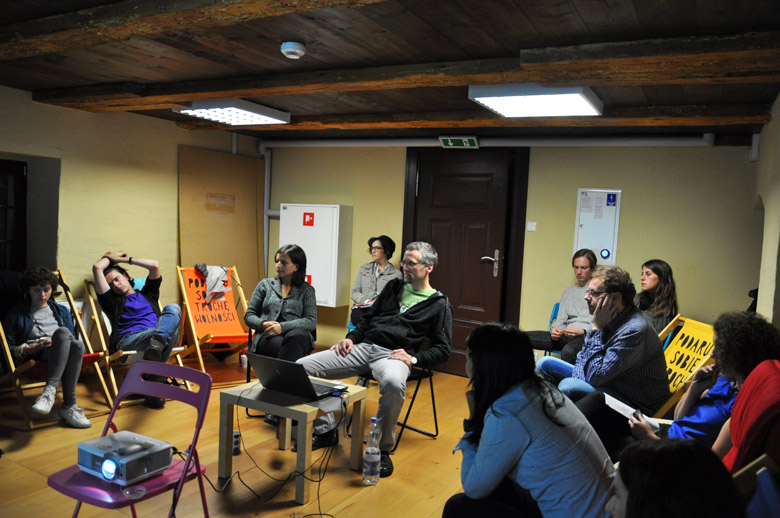 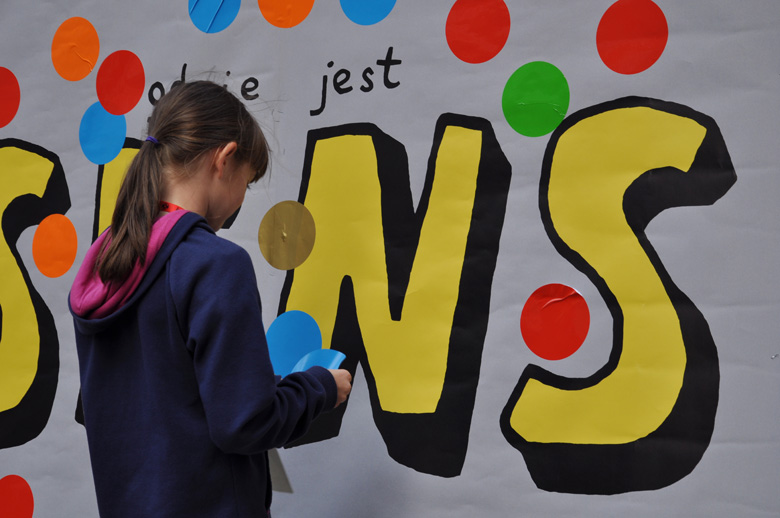 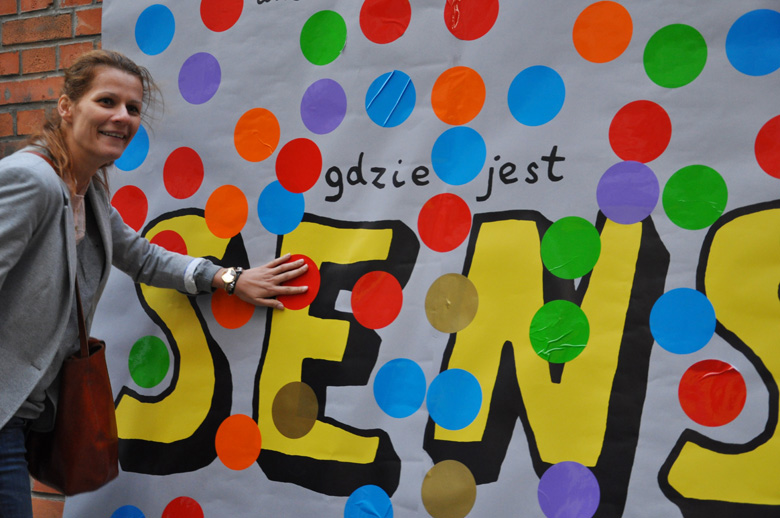 The subject matter of the artistic action “Meaning” organized by Galeria Rusz referred to the theme of this year’s competition “Where is the meaning? At the top or at the bottom?”. In the experiment we asked artists – guests of this year’s festival and passers-by where to look for meaning. We asked the participants to mark on a big word MEANING using colourful circles what they consider most meaningful. One person was allowed to stick only one circle. Eighty five people took part in the action. The result of the experiment was the following: love – 27 circles, happiness – 15, freedom – 20, success – 5, family – 12, living for others – 6. Love won! 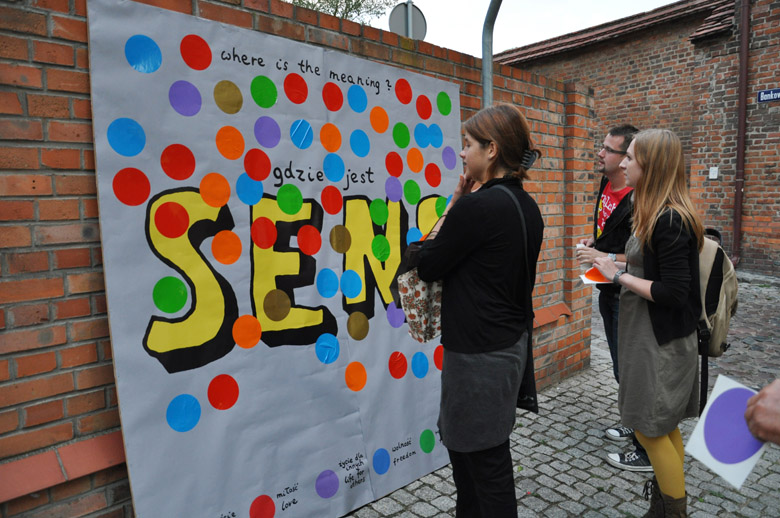 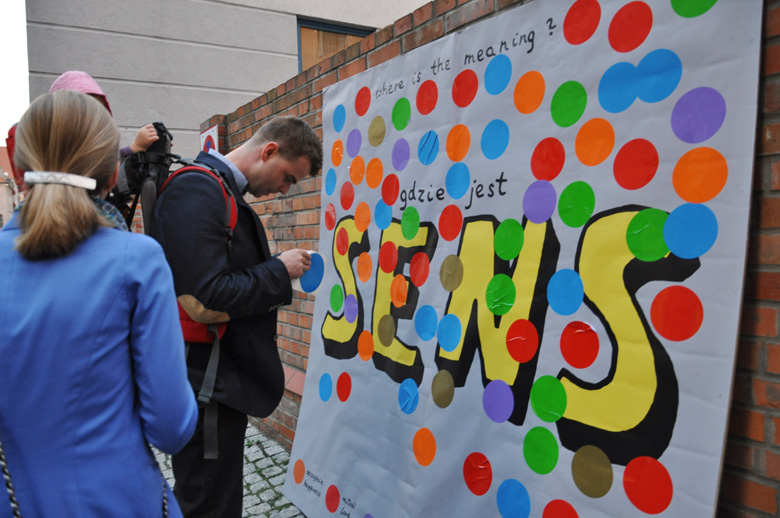 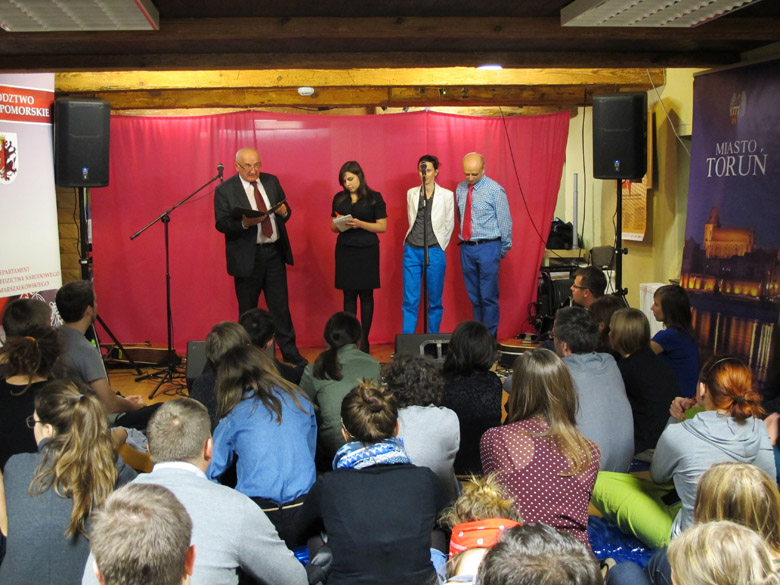 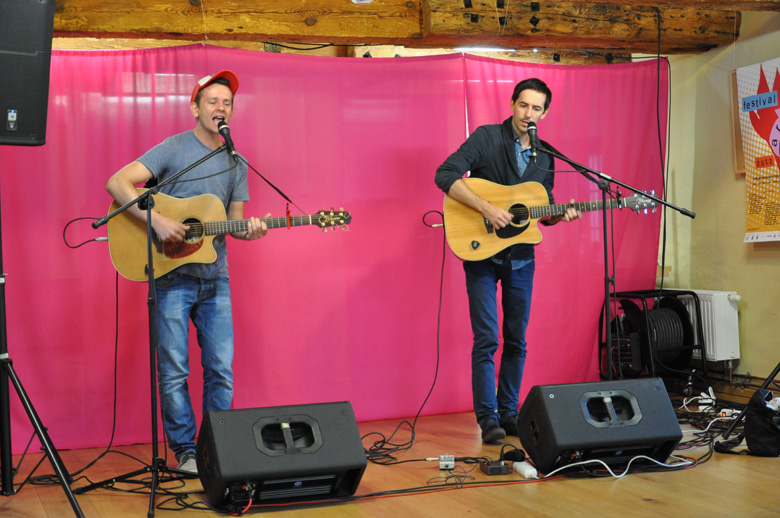 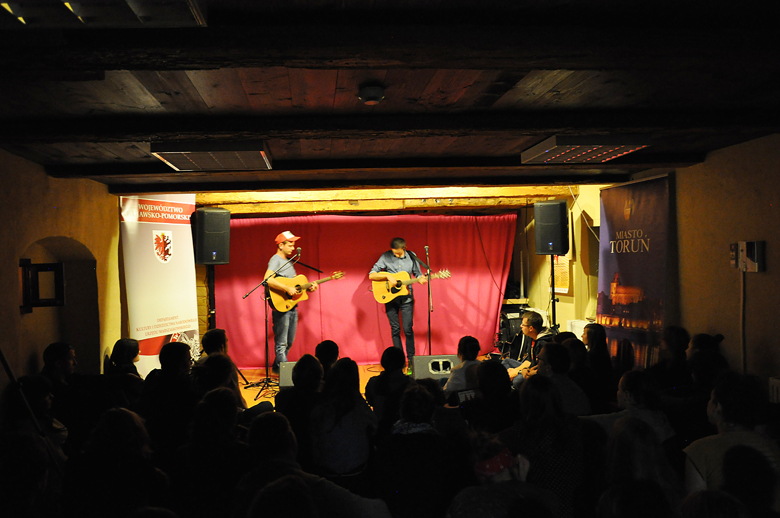