Art in public space is an essential element of a modern city – in every important European or Polish city: London, Berlin, Warsaw, Krakow or Gdańsk – there is a project devoted to public art presenting works of artists in the city space. The International Art Moves Festival has been presenting artworks in Toruń for 8 years. It turns the city space into an enormous art gallery where apart from debutants, one can admire the works of renowned artists from all over the world. Art enters the city space – the works of artists talk directly to recipients. This is extremely important because only a small percentage of Poles visit traditional art galleries and museums. As part of the festival, the works of international artists are presented in Toruń. They focus on important and current issues.
This year, artworks relating to the theme of the event: “What has real value? Can money buy everything?” will be presented by means of carriers that are usually used to show advertisements: billboards, city lights and LED displays.

One of the main elements of the festival is the annual international competition for the best billboard work. For the competition exhibition, the most interesting pieces by talented artists from all over the world are selected. These works constitute a creative artistic statement centred around the festival’s competition slogan. We prepare the topics for our annual competition in such a way, as to make them reflect the processes and social phenomena that shape the contemporary, global world. These topics are rooted in our deep sociological, psychological and philosophical considerations and they testify to our concern with the shape of the reality surrounding us.
This year, the theme of the Art on Billboards Competition was “What has real value? Can money buy everything?”. 587 artists from 53 countries entered the Billboard Art Contest this year. We received 1017 art works from Bosnia and Herzegovina, Guatemala, Ghana, Macedonia, Pakistan, Romania, Estonia, Israel and many others! The substantial interest in the festival among the artists from all over the world points to the enormous potential of the idea behind the festival and of art presented in the public space – the place which encourages deeper reflection and social communication.

This competition slogan could be treated as a metaphor of all the processes taking place in the world today. What has value in the modern world? Which gives meaning to human existence – values or money? Can love, freedom, truth, beauty be bought? Is money an end in itself or a means to an end? What’s the point of having money if it, not we, starts dominating in the modern world? Is the world, whose guiding principle is to maximise profits, able to survive? And even so, will there be people – feeling creatures who think? Could we start viewing money as a tool that helps humanity develop and not as a superior value that organises the modern reality? What would we want the modern, better and more sensibly organised world look like? What goals and values should we put into practice so that humanity does not die under pressure of social inequalities, nationalisms or ethnic and religious conflicts?

The artists whose works were presented during the main show – on city lights and LED displays – were also asked the question What has real value? Can money buy everything?

We dedicated this year’s edition of the competition to Susan O’Malley – an American artist and curator from California, who passed away tragically in February 2015. Susan took part in the Art Moves Festival in 2012 and was two times a juror of the Art on Billboards competition. She always brought her wonderful mixture of optimism, energy and professionalism. As part of the festival, 2 works by Susan from the cycle “Inspirational Posters” were presented on city lights.

We also asked the honourable patron of the festival – Michał Zaleski, President of Toruń – what had real value: “Not he who has much is rich, but he who gives much – I go along with this maxim as I think not everything that is important in life can be converted into money. FAMILY, LOVE and FRIENDSHIP are the most valuable things because they give us a sense of safety which is essential to living a happy life”.

Our spectators could also create with us – as part of the Art Moves Workshop, workshops for children and teenagers were held. There was also a special, interactive billboard for recipients to write what has real value for them.

Art Moves Festival was held under the honorary patronage of Piotr Całbecki, Marshal of the Kujawsko-Pomorskie Region and Michał Zaleski, President of Toruń

The festival has been co-funded by the Local Authorities of Kujawsko-Pomorskie Region and Toruń Municipality.

The art works on Rapacki Square and Chopin Street was displayed on AMS SA billboards. 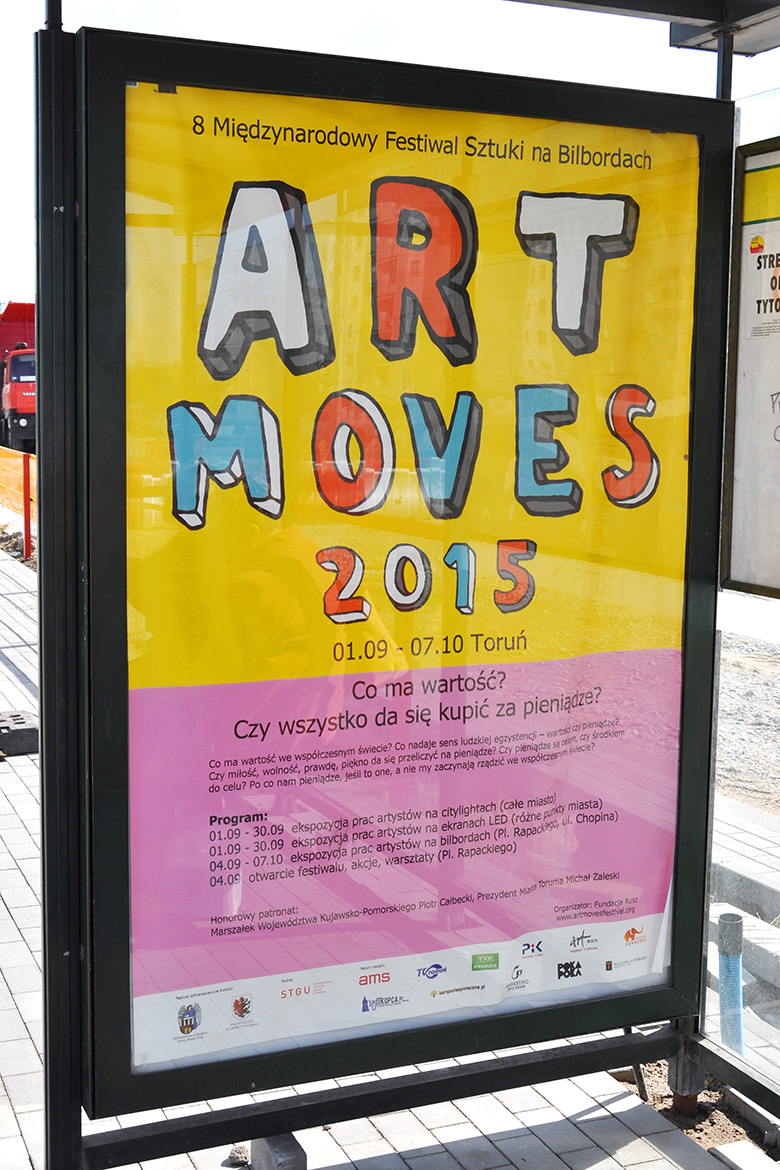 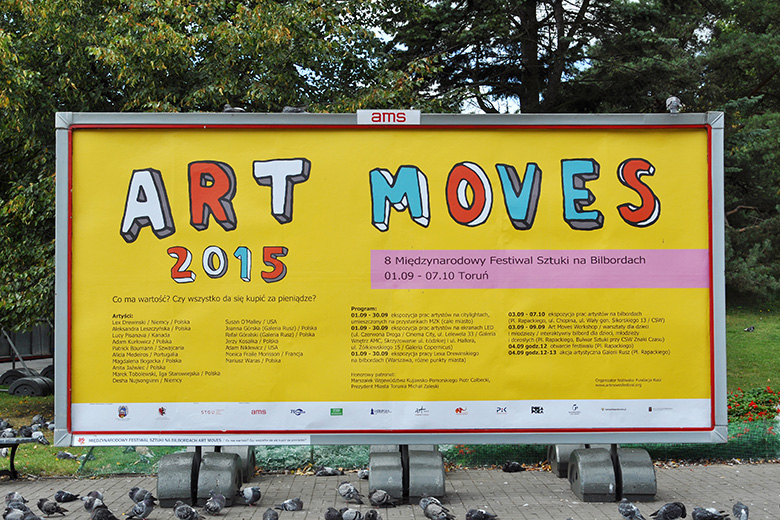 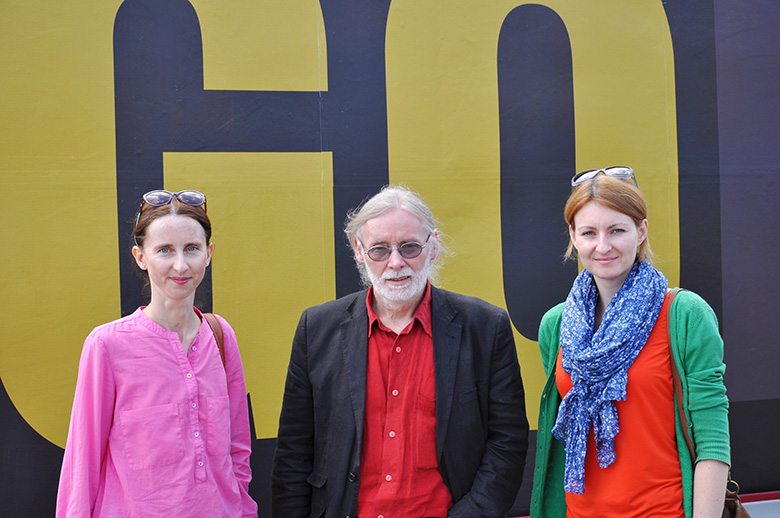 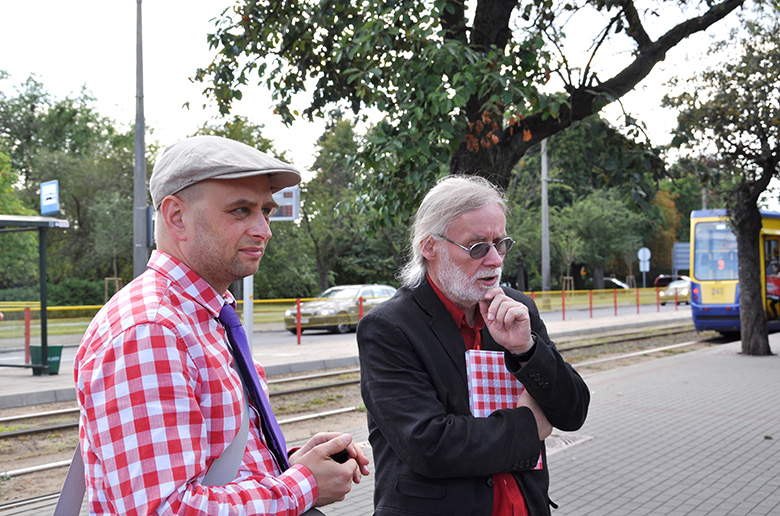 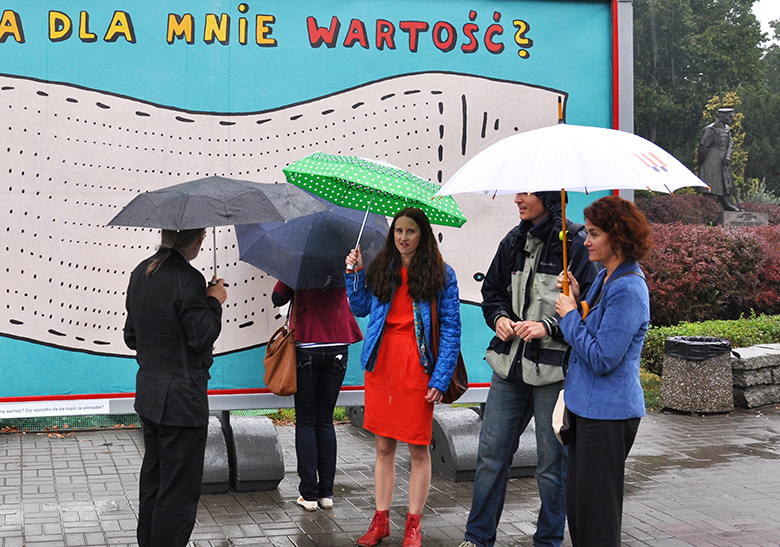 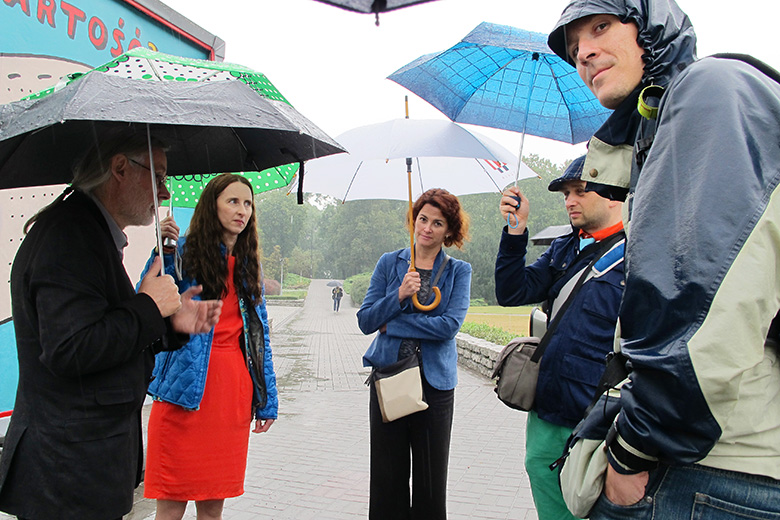 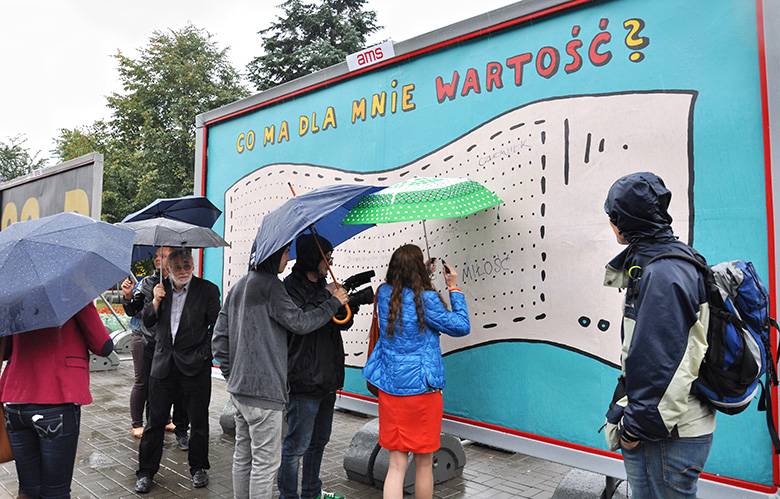 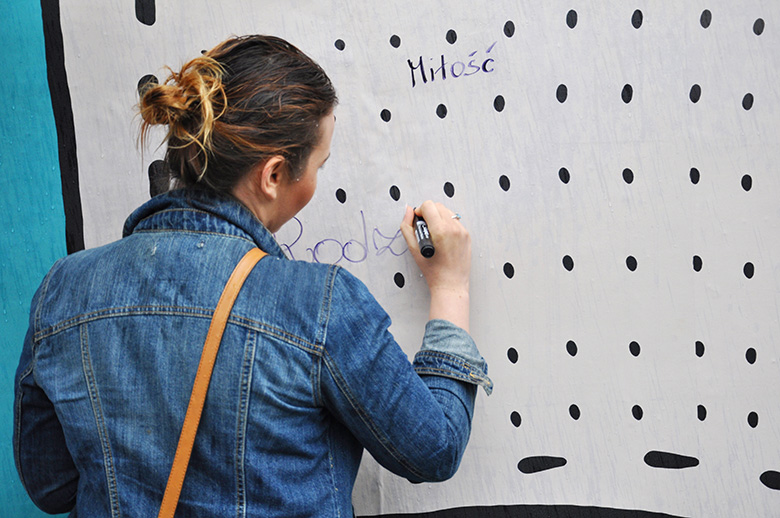 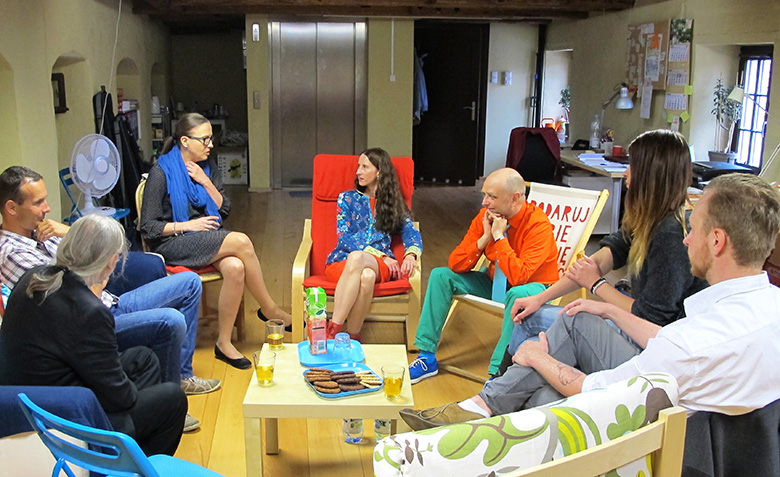