Over the past few years, billboard art has become a cultural “must have”. Billboard exhibitions are being held from Teheran and Mexico City to Paris, Los Angeles and New York. Toruń is one of the pioneers of this trend – Art Moves is the first, and so far the only, cyclical festival promoting this kind of art in the world. “Billboards are unequivocally associated with advertisingall over the world, but not in Toruń – for a few autumn weeks the billboards become anti-billboards, as a manifestation of thought contesting consumerism as well as any forms of intellectual and spiritual submissiveness. England has its conscience-pricking Banksy, and we – thethought-provoking Art Moves festival” – Piotr Sarzyński wrote about the festival in “Polityka” magazine. – Now we work with those ubiquitous, open or hidden advertisements and propaganda – Rafał Góralski from Rusz Gallery, co-creator of the festival, says. Billboard art is like an antidote, a respite and time for reflection in this crazy hurried world. Billboards have a wide coverage, reaching everyone, being pro-democratic and egalitarian, going beyond the life andinformation niches people operate in. They change the city into a large art gallery where art can be usedfree of charge, 24 hours a day / 7 days a week, with no limits or barriers.

The first editions of the festival aroused astonishment; now this event has zealous fans who are looking forward to seeing the festival works. During 10 editions of the festival we have presented over 250 artistic works on billboards, mega-billboards, mobile billboards, citylights, and LED displays. Nearly 5 thousand artists have taken part in the annual competition for best billboard work, sending in about 9 thousand works!
– The festival has 3 levels of influence – Joanna Górska from Rusz Gallery, co-creator of the festival, says – we make up a theme and direct it to artists from all over the world, who respond to our question and create their own works. The best of the works are presented in the city space of Toruń. And people, inspired by these works, can find their own ideas for a festival theme. So, we combine what is global with what is local.

This year works relate to the leitmotiv of the entire event: “Involvement and responsibility. Can each of us co-create a better world?”, and were presented on billboards, citylights and LED displays. This competition slogan could be treated as a metaphor of all the processes taking place in the world today. Are we responsible for the shape of the world we live in? Are we ready to get involved and take responsibility for our lives and the life of the communities we live in? Or maybe we prefer to put this responsibility into the hands of other people – politicians, governments, the media, corporations? Or should we do something by ourselves? Maybe it would be better if each of us took responsibility for “our” own piece of the world, no matter where we live, what we do, and what our social status is? If every day many of us do something small, yet conscious and sensible, will it have any influence on the world we live in?

As always, the festival consisted of a competition phase and then a presentation of the artists invited by the organisers. The best works were presented on billboards. 442 artists from 61 countries entered the competition, we received almost 800 artworks from Ukraine, USA, China, Taiwan, Philippines, Russia, Cuba, Great Britain, Iran and many others!

On the occasion of the jubilee, the organisers have prepared a retrospective of works by the most influential artists who have taken part in the festival over the last ten years, those works that was consistent with this year’s edition. So we could saw a relaunch of works by Mark Titchner from Great Britain, Marcos Ramirez ERRE from Mexico and Christine Wong Yap from the USA. The inhabitants of Toruń also had the opportunity to see works by Sean Hart from France, and by Cheryl Pope and WRDSMTH from the USA for the first time. Works by the hosts themselves, i.e. Rusz Gallery, also were presented. These works were displayed on citylights, at bus stops, on LED displays, and at various places around the city.

Not only do artists came to grips with the festival slogan. As part of the Art Moves Workshop, billboard workshops for middle school teenagers and the performance entitled „HERO” were held. There was also special interactive billboards that allow recipients to take an active part in the festival. 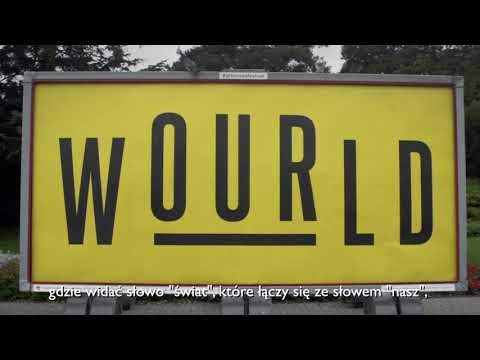 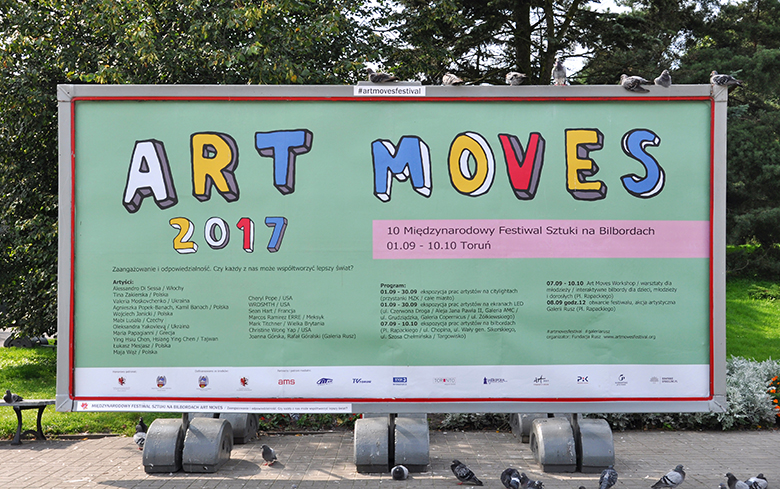 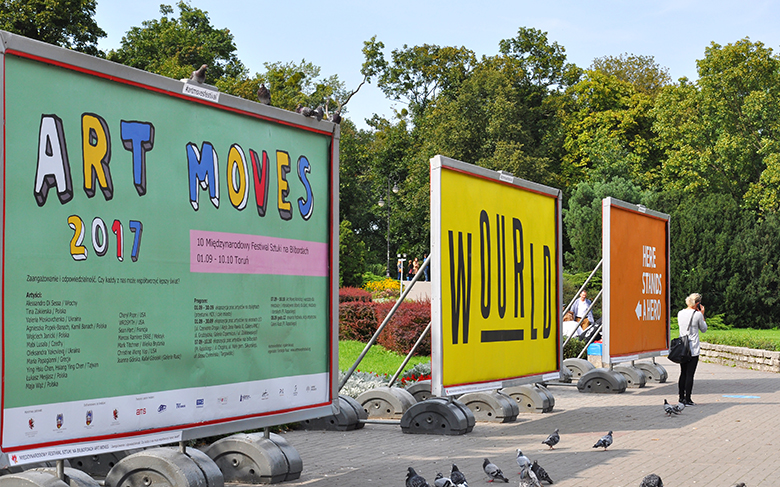 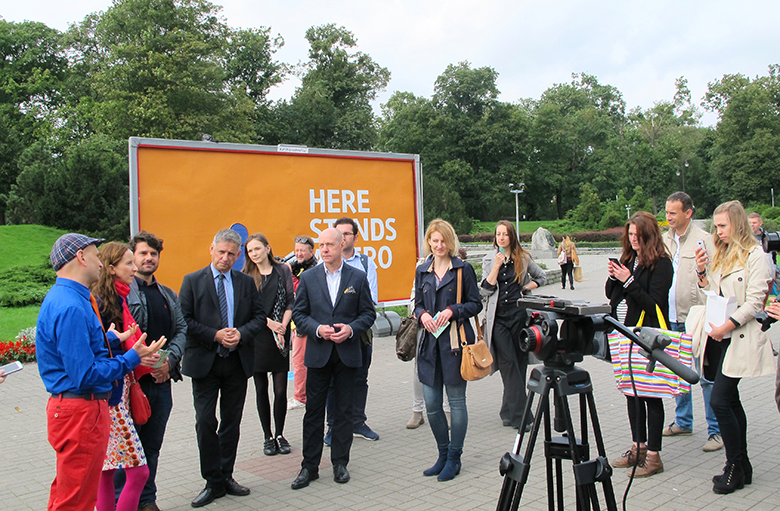 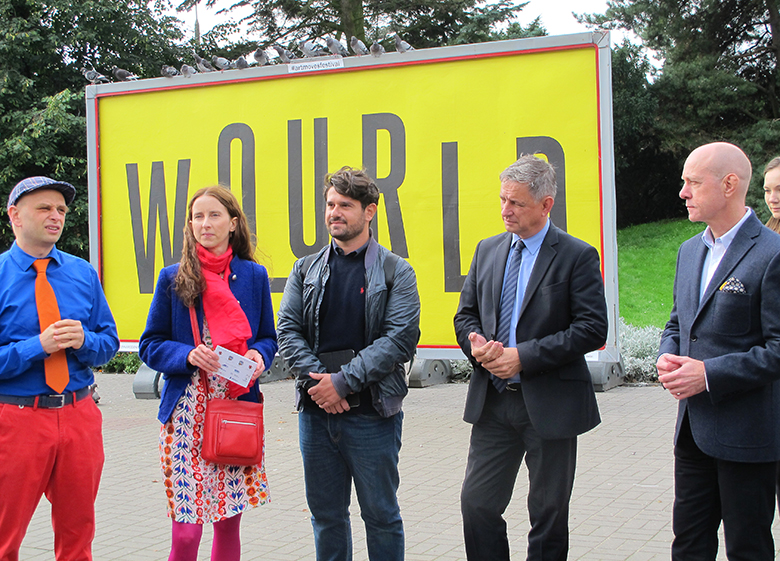 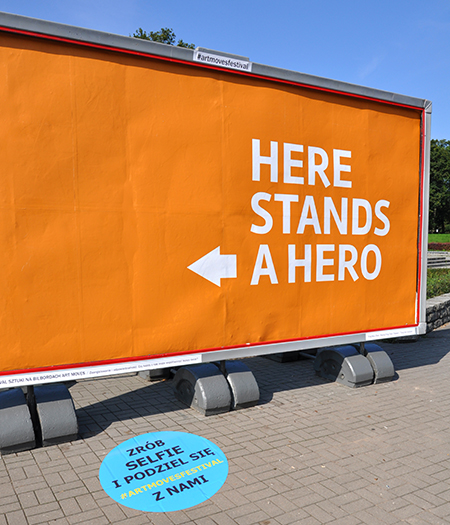 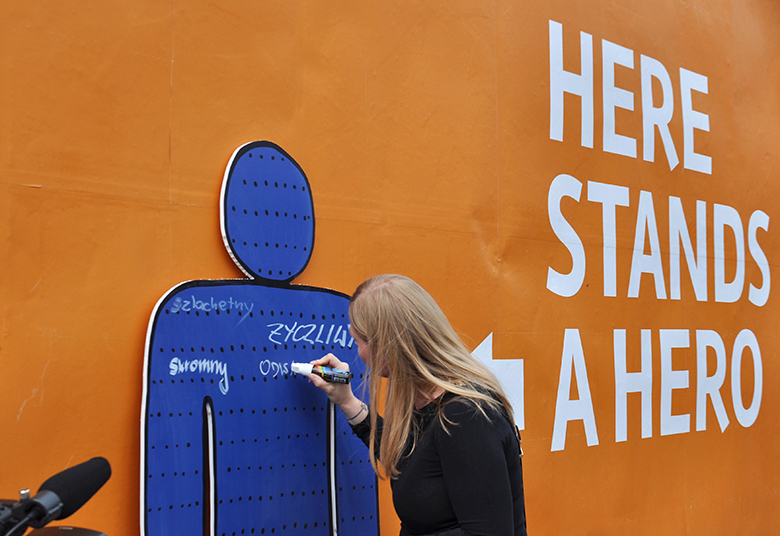 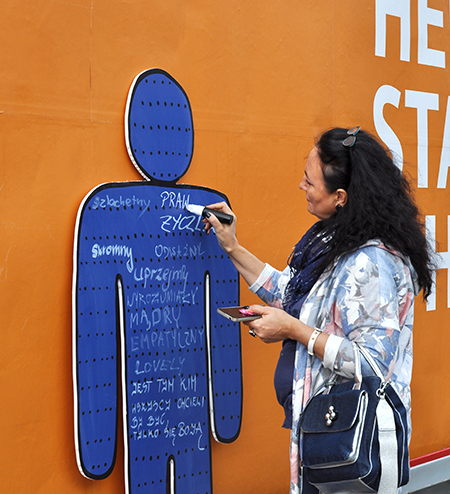 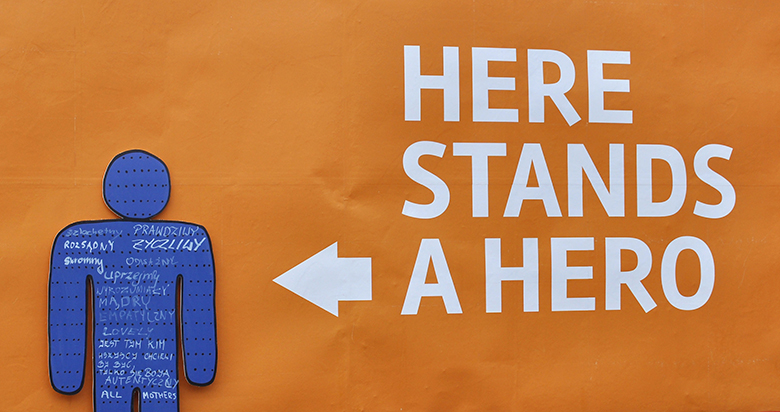 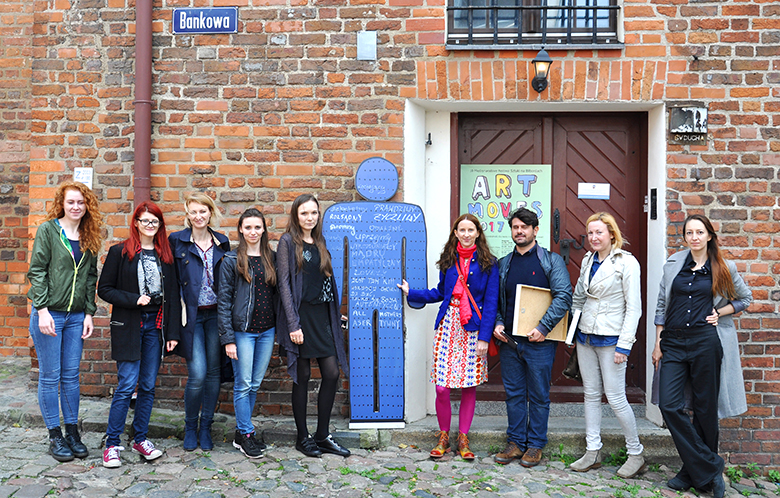 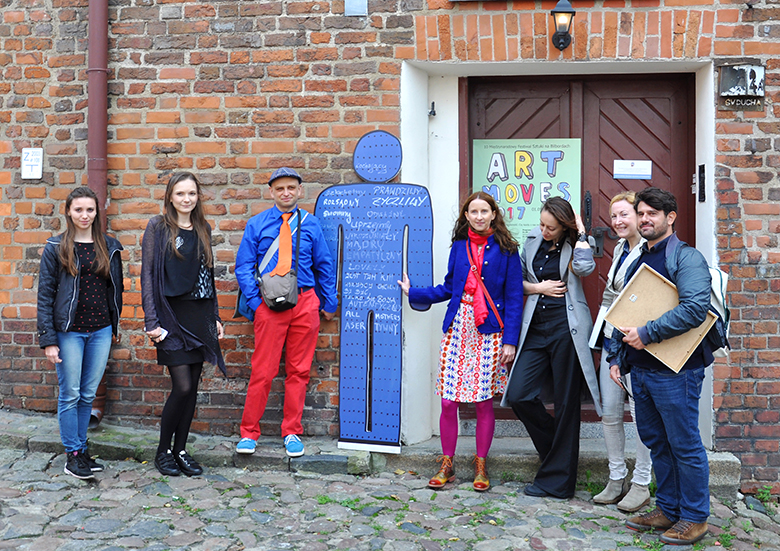 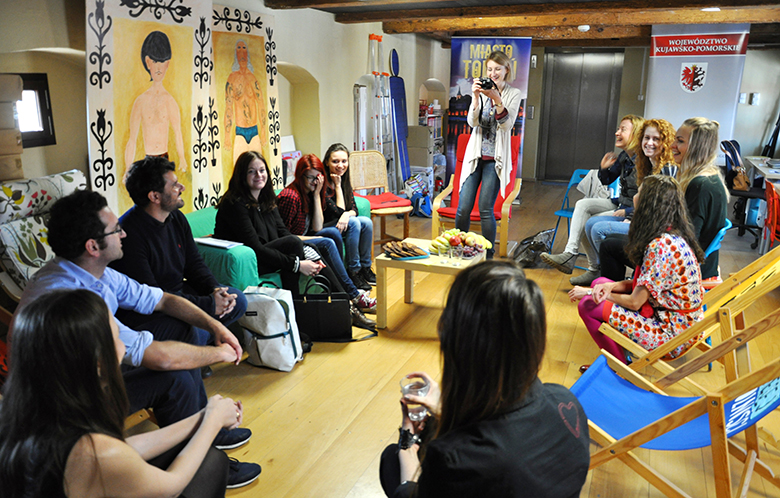